Los Angeles – October 22, 2014 – Nitro Circus founder, ringleader and world-class athlete Travis Pastrana today announced that Nitro Circus Live (www.nitrocircus.com) is returning to North America with a 2015 U.S. tour. The first leg will visit 14 cities across the country beginning May 5 in Tampa, Florida and wrapping May 24 in Houston, Texas. Nitro Circus Live, the action sports spectacle that is a worldwide phenomenon, features more than 40 of the world’s best action sports athletes performing daring and record-breaking tricks in freestyle motocross, BMX and skateboarding. The tour features hilarious and heart-stopping stunts unique to Nitro Circus using contraptions such as water coolers, rocking horses, a lazyboy couch and more. Pastrana, a 10-time X Games gold medalist in freestyle motocross and one of extreme sport’s biggest names, is bringing back the stars of Nitro Circus’ hit MTV show and Nitro Circus 3D film. The team helped sell out city after city on its first U.S. tour earlier this year.

“We are so stoked to bring the biggest, most daring action sports production ever staged back home where Nitro Circus all started years ago,” says Pastrana. “Our insane group of athletes perform stunts that you literally cannot see anywhere else on the planet. We’re constantly pushing each other to break records and do things that people previously thought was physically impossible. We had an epic time in the US earlier this year, and we were pumped on just how many people came out to see us. Now we’re ready to show a whole bunch of new cities what we’re all about.”

Check out highlights of the action here: http://www.youtube.com/watch?v=0hnPWNYyLpA&list=UU9UGYdMSKasjY0mhU1lG4lQ

Originally a small DVD series filmed in Pastrana’s Maryland backyard, Nitro Circus grew into a successful MTV show with more than 46 million U.S. viewers and broadcast in 60 countries worldwide. The next step was Nitro Circus Live, which has captured the imagination of fans worldwide with a string of sell-out shows and record-breaking crowds across Europe, North America, Australia, New Zealand, Asia and Africa.

Fans can expect spectacular, fully choreographed huge motocross stunts and outrageous feats on an array of contraptions – trikes, snow skis, a bath tub on wheels, tandem bikes, razor scooters, shopping carts, and even a Barbie car, all launched with precision and skill off the one of a kind 50-foot high Nitro Gigant-A-Ramp. The ridiculous ‘Nitro Bomb’ is a favorite across the globe, with up to 20 riders mid-air and upside-down at the same time. Check out the Nitro bomb here: http://www.youtube.com/watch?v=P7BtgPJi1sc&feature=youtu.be

“We are building on the huge global success of Nitro Circus and can’t wait to return to North America in 2015,” said Managing Director of Nitro Circus Live Michael Porra. “We are breaking ticket sales records in Asia, Europe, Australia and New Zealand and sold out arenas at nearly every stop on our first U.S. tour last year. It’s been a big year for Nitro Circus, and we can’t wait to bring the crew’s crazy antics to 14 brand new cities across the country.”

For fans upset that NCL is not coming to their city on this leg of the tour – don’t sweat it! Nitro Circus Live will be touring more than 25 other cities across the US and Canada in 2015, with the dates to be announced early next year. For more tour information, updates from the road and behind-the-scenes content, visit http://www.nitrocircus.com. Follow Nitro Circus Live on Twitter: @nitrocircuslive and Facebook: www.facebook.com/NitroCircus. Fans looking for even more excitement can purchase special Nitro Circus VIP Experience packages featuring an exclusive Travis Pastrana meet & greet opportunity, premium reserved seating with the best view of the action, tour merch not available anywhere else and much more. Don’t wait, however, as quantities are very limited: only 150 VIP Experience passes will be available for each show.

About Nitro Circus Live
Nitro Circus continues to position itself as one of the foremost, up and coming youth action sports & entertainment brands on the planet. From humble beginnings, with Jeremy Rawle, Gregg Godfrey and extreme sports superstar Travis Pastrana producing DVDs from a garage in Utah in 2003, to a smash TV series which has aired in 60+ countries and become one of MTV’s most popular programs of all time, Nitro Circus has exploded to global popularity, leaving a burning impression on the minds of young people across the planet. The Nitro Circus 3D Movie, featuring cast members from the MTV series, was released in 2012 in cinemas worldwide.

In 2010, the TV show was transformed by current CEO and action sports industry veteran Michael Porra into a must-see live event, creating the global touring phenomenon that is Nitro Circus Live. Since the inaugural tour of Australia four years ago, the show has travelled the globe, obliterating box office records and cultivating a legion of diehard fans. The tour has now rolled across five continents, with sold-out shows in Australia, New Zealand, China, the United States, Canada, South Africa, and all across the European Continent. 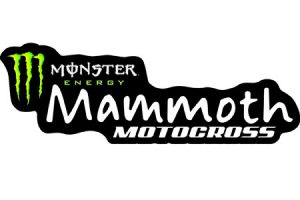